This is one of my favorite pieces. It really captures the energy of the dance transforming one from within. More than a few people have commented to me that they’ve seen religious connotations in this image, and although I’m pleased that they’re making such observations, it wasn’t what I originally intended when I made the photograph. It truly was an example of what I used to call “letting the picture paint itself”. In other words, I felt like I was merely the conduit for the image, which would create itself while the camera’s shutter was open. At the time, I often felt that I had relatively little control over what would actually end up on the film—not surprising when you consider that the lights, the subjects, and even the camera were often all moving simultaneously—and to be truthful, I really didn’t want to have that control much of the time. I liked the idea of being the messenger for the image, and not its creator…it sort of felt like I was plugged in to something larger, more ephemeral and yet more powerful, which was using me to manifest parts of itself. 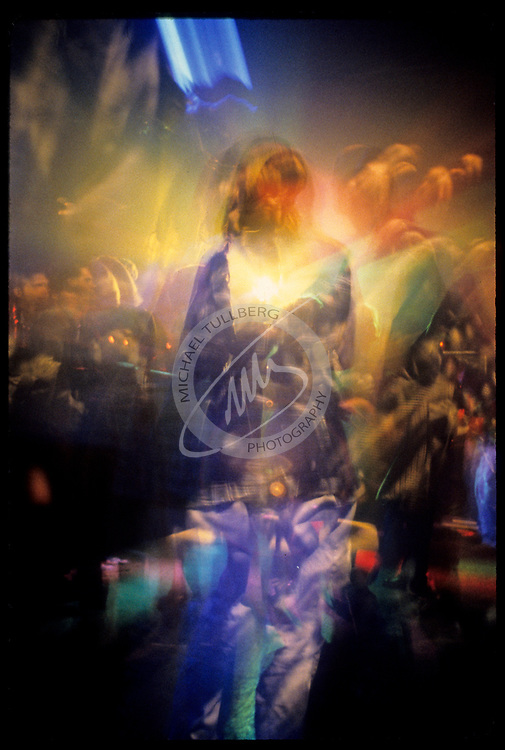